Though we often rely on things like butter, eggs, and milk to bake, it’s possible to make a delightful treat without any of those things. Whether it’s a crispy and soft shortbread pastry or a light and melt-in-the-mouth cookie, you can prepare just about any sweet treat entirely without animal products. Keep reading to find out the best vegan baking substitutes and how to use them, along with 10 tasty plant-based recipes to get you started.

Before we dive into baking, let’s begin by discussing all the different reasons that people eat vegan. Here are some of the most common ones:

These are just two of the most common reasons, but there are plenty of other things that motivate people to go vegan. For one, many find that eliminating animal-based products from their diet has a positive impact on their health and the way they feel physically. Want to give it a try but not sure how to quit eggs and milk? We’ve got a week-long meal plan and shopping list that makes the transition easy.

Vegan Baking Made Easy: How to Replace Eggs, Butter, and Milk

While vegan baking may seem daunting, it’s actually pretty easy. Everything from cookies to cupcakes can be veganized with the right ingredients and a little know-how. So what’s the secret to a successful vegan dessert? If it balances dry and wet ingredients (which is a rule that also applies to non-vegan baking!).

Our tip: Following the recipe is the best way to guarantee your dessert turns out as it should.

Baking without eggs may seem impossible at first, but you’ll quickly realize just how easy it is to get great results without them. Some traditional recipes, like shortbread and pizza dough, don’t even require eggs in the first place! And there are plenty of great egg substitutes for the recipes that do.

Ripe bananas and applesauce naturally have a similar thickness to eggs.

But chia seeds are a foolproof option that vegans everywhere swear by.

Simply soak 1 to 2 tablespoons of chia seeds in double the amount of water until the mixture develops a gel-like consistency. This trick works with flaxseed, too, and is a great way to bind pastries without eggs. Some baked goods rely on an egg wash — a thin mixture of egg and sometimes milk that’s coated on top of crust or dough to create a browning effect. It’s typically used for things like brioche and pie crusts, where you want them to be as golden and crispy as possible. Fortunately, a mix of 1 tablespoon plant milk and 1 tablespoon vegetable oil will work just as well.

Butter is important for both the flavor and structure of baked desserts. So how are you supposed to bake without it? Well, there are several substitutes that don’t contain any dairy and work just as well.

It’s the fat in butter that contributes the most to the structure of pastries—think of flaky, buttery croissants. There are plenty of vegan alternatives that have a similar amount of fat, like vegetable oil and margarine. Just be triple sure that what you’re buying is actually vegan, because many margarine brands can contain trace amounts of whey or fish oil.

To make a sponge cake, you can replace the butter with margarine or neutral-tasting vegetable oils (rapeseed oil, sunflower oil). Nowadays there is plenty of specialized vegan butter on the market.  But beware, vegetable oils make the consistency of the cake a little more dense and moist.

Nut butters are another alternative that works surprisingly well in place of butter. With similar fat contents and plenty of flavor, they’re an easy way to amp up a vegan dessert. You can use just about any nut butter (even chocolate hazelnut spread), but we at foodspring tend to favor peanut butter.

Milk is used in a lot of classic baked desserts, but it’s pretty easy to substitute. We use it to thin out cake batter and thicken custard, and many plant-based alternatives do these tasks just as well.

Nowadays there are so many plant-based milk options, all with varying nutrient compositions. In general, it’s a good idea to choose one with a higher fat content, like coconut, oat, or almond milk. But don’t let that stop you from experimenting with different options to find out which one you like best for baking.

Fun fact: Plant-based milk alternatives aren’t allowed to be labeled “milk” according to European legislation. The term is reserved for dairy products, with coconut milk being the only exception.2

When substituting cream, opt for a plant-based cream alternative like oat or soy cream. Canned coconut milk is also a great option for everything from whipped to ice cream.

Believe it or not, honey is also an animal-based food. What do you think those bees are so busy doing? Luckily, it’s extremely easy to replace. For one, sugar works great and is entirely plant-based. But if you’re looking for a less-refined option, maple syrup and agave are two ingredients worth trying.

Wondering why we haven’t mentioned yeast? That’s because, despite widespread rumors, yeast is actually vegan. It’s a single-celled fungus, to be more precise.

We wouldn’t be foodspring if we didn’t offer you the most delicious recipes after all these theoretical explanations! This roundup of 10 vegan dessert recipes proves you don’t need animal products to make a sweet treat. Additionally, none of these recipes contain refined sugar, instead opting for alternatives like maple syrup and coconut sugar. Some are also gluten-free thanks to ingredients like almond flour.

Our tip: Vegan recipes aren’t just for vegans. We make a point of creating recipes that will appeal to everyone.

While it might seem strange to make brownies with beets, this recipe will convince you that it’s totally genius. The unexpected ingredient gives the dessert a fluffy, moist texture without impacting the chocolatey flavor. And the avocado is a great substitute for the fat usually used in frosting.

This plant-based tiramisu swaps the traditional eggs and mascarpone for silken tofu and soy quark to great success. Add a bit of our vegan protein powder for a treat that’s both tasty and satisfying.

Even though this recipe uses a bit of amaretto for an almond flavor, there will be absolutely no alcohol in the final product. Only a super small amount is required and all of the liquor will cook off in the oven. Don’t skip the light and airy cream topping, which is made from whipped aquafaba (or chickpea water) and soy yogurt.

Just looking at this brightly colored cake makes our mouths water. A mix of coconut cream, vegan quark, and agar agar (a plant-based gelatin alternative), gives the dessert that iconic cheesecake texture without any dairy. Though it doesn’t require baking, you will need to let it sit in the fridge until it has fully chilled.

Though eggs are usually used to make French toast, this relies on a mix of oats, oat milk, and protein powder to bind everything together. It can be topped with just about any fruit, so feel free to use whatever is in season. And don’t forget the maple syrup!

Vegan baking doesn’t have to be complicated, and these super simple chocolate cookies prove it. Instead of relying on a bunch of fancy vegan ingredients, trustworthy applesauce delivers a moist texture and perfectly sweetened flavor.

These cupcakes are bananas! Despite the lack of butter, the texture is perfectly moist and fluffy without having an overpowering banana flavor. And the frosting comes together with just soy yogurt and peanut butter. A bit of our Chocolate Peanut Butter Vegan Protein boosts both the chocolate and protein levels.

Even though there’s almost no sugar in this recipe, the natural sweetness of raspberries is just enough to balance all that tart rhubarb. Can’t find rhubarb? Use apple or pear instead! And eat this with a scoop of your favorite brand of plant-based ice cream. You won’t regret it.

All you need to make these simple yet tasty vegan crepes is our Vegan Protein Pancakes mix and a bit of oat milk. Prepare optional toppings like powdered sugar and chopped fruit while the crepes are cooking.

This dish has all the flavors of apple pie without any of the non-vegan ingredients. The best part, though? You can forget the baking dish because this whole thing gets cooked in an apple! The crumb topping delivers the satisfying crunch you’re looking for without any complicated vegan crust baking techniques.

For those who want to both cook and bake vegan, we have tons of vegan fitness recipes for you! 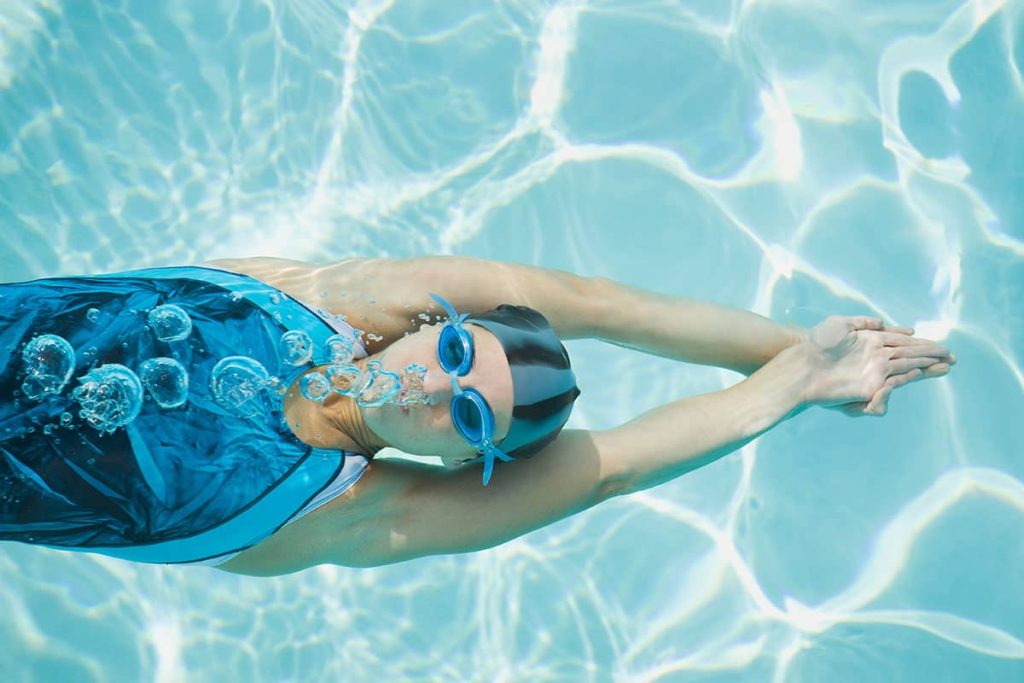 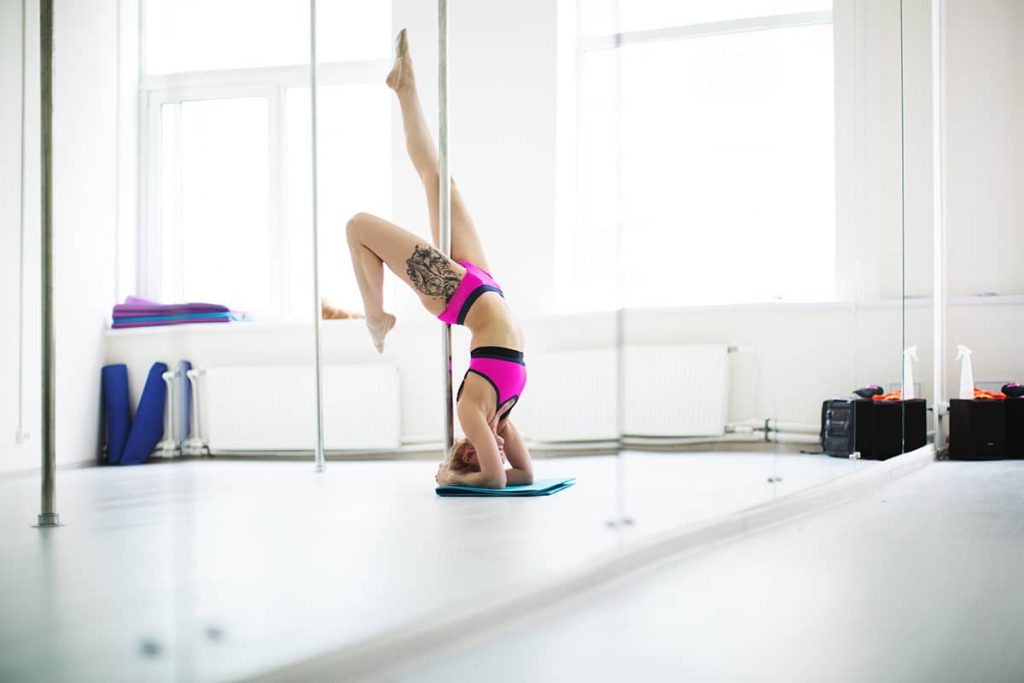 From nightlife and strip clubs to gym rooms and home workouts. Where there was alcohol and cigarette smoke, there are now energy bars and isotonic drinks. In recent years, pole dancing has become one of the biggest trends in sports activities. So much so that it is starting to be known also as pole fitness […]
Read more 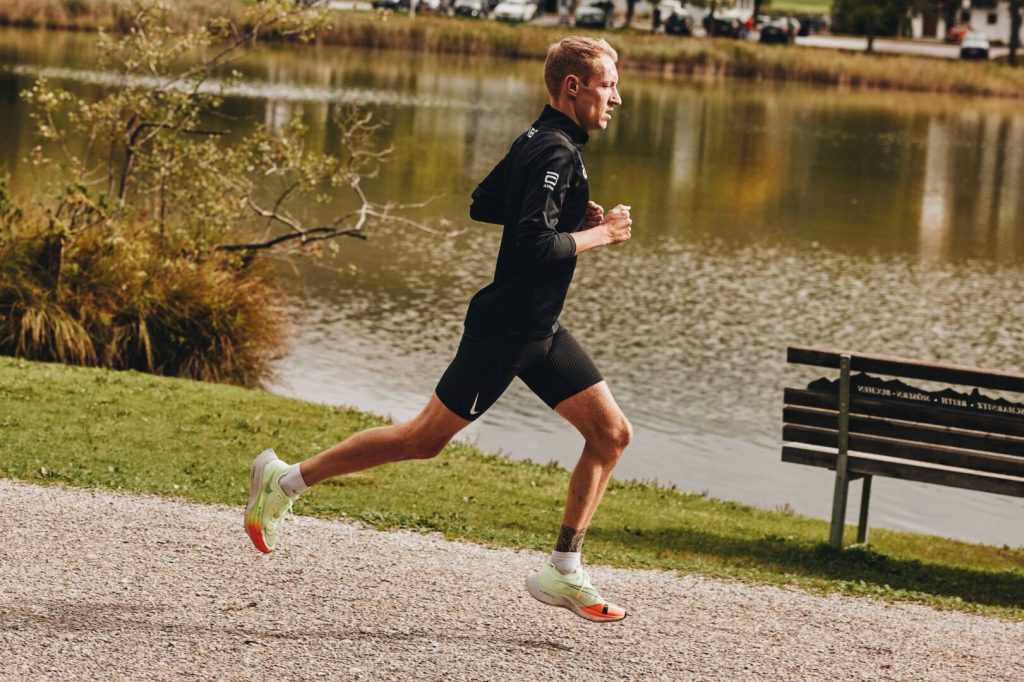