Want to work out on an empty stomach to accelerate your body’s fat burning process? This article is all about whether or not fasted exercise actually works and what things you need to pay attention to.

Wake up, get up, and put on your gym clothes without a second thought. Start your workout or even go on a short run. Think that sounds crazy? We’ll let you in on all the pros and cons of training on an empty stomach.

Energy supply: Here’s How It Works

Whether young or old, woman or man, fat or thin, experienced athlete or a beginner: When it comes to energy supply, every body works the same way. The only difference is that everyone isn’t equally effective at processing the energy from food. But how does this energy supply work and what does it have to do with “fasted exercise”?

As soon as you start exercising, your body starts using three different energy stores to deliver a higher level of performance. Only when these three stores are no longer available is the fourth store accessed, in case of emergency:

The phosphate stores are the first thing your body uses. They are divided into adenosine triphosphate (ATP) and creatine phosphate (CP). Unfortunately, these stores are very small and therefore quickly depleted. But for sprinters and weightlifters, they are very important for ensuring immediate maximum performance

Carbohydrates are stored in the body as glycogen and the production of energy from carbohydrates is called glycolysis. These glycogen stores become available to our body in a sufficient way after about ten seconds. The process is differentiated into anaerobic glycolysis, when no oxygen is used to produce energy (for short intensive workouts such as HIIT training), and aerobic glycolysis, when oxygen is used to produce energy (endurance sports that last longer).

It’s true that fatty acids are tapped from the moment you begin exercising. However, it takes a relatively long time for stored fat to be converted into energy for your workout. Fat stores are therefore ineffective for energy production that’s short-term and fast. However, for longer endurance activities lasting more than 20 minutes, this storage becomes the most effective source of energy because it’s the largest. This type of energy production is called fatty acid oxidation.

Your body only resorts to proteins for energy production when its other stores are exhausted. To do this, your body takes existing muscle mass and slowly begins to break it down. In other words: you’re losing muscle. Our tip: Creatine is a top source of energy that’s also important for speed. Since Creatine is otherwise only found in meat, our Creatine is a perfect, quick, and easy supplement to your normal diet.

As soon as you start exercising, your body always begins to produce energy according to the same pattern. The first three energy stores all become active at the same time, but they require different lengths of time to be used properly. In the first few seconds, your body uses its creatine stores during short periods of high exertion – for example, during the first few meters of a sprint or the first reps during weight training. During longer sprints or, for example, the fat burning miracle workout that is HIIT, glycogen stores are turned into energy without the use of oxygen.

This process also produces lactate, however, and leads to muscle acidity. That’s why, for example, you can’t just keep on running after a 200m sprint. During slow runs, cycling or other cardio exercise, however, the level of intensity is lower. Your body is now using its glycogen stores with oxygen and can perform the activity for much longer. Fat stores take a relatively long time to be used effectively, but then they provide energy for a long and constant period of time. In order to turn fat into energy, however, you must also have some carbs.

Usually, your stored carbs are enough, but eating a snack before exercising is still a good idea. When you train on a completely empty stomach, however, your body has fewer or no carbohydrates available. Now it has to produce energy from fat stores, but it still needs carbohydrates to do this. If your glycogen stores are empty, your body will take this energy from the protein in your muscles, since it can’t metabolize the fats otherwise. In this way, your body breaks down some muscle mass but, at the same time, it learns to use the free fatty acids in your muscles more effectively.

Want to protect your muscles from being used for energy? Our BCAAs can help!

BCAAs are essential for your muscles. The acronym refers to the three branched-chain amino acids leucine, isoleucine, and valine. Your body can’t produce them itself, so you have to get them through food, or supplements like BCAA capsules and drinks. BCAA capsules or drinks provide you with BCAAs that are freely available. When your body runs out of carbohydrates during a workout, it won’t have to extract protein from your muscles, because it can use the BCAAs from the capsules first.

How do I know if my glycogen stores are empty?

The advantages of training on an empty stomach are pretty clear. With regular “fasted exercise”, the body learns to draw on its fat reserves more quickly and effectively, which can be quite helpful for losing weight. Jogging on an empty stomach, in particular, can help you prepare your body for longer runs, improving its energy production from existing fat reserves. Your body learns to use your existing energy sources more effectively and empty energy reserves more gradually. Using the body’s fat reserves more effectively, however, does not automatically mean that your love handles will melt away. It’s the free fatty acids in your muscles that are the primary source for energy production. Exercising on an empty stomach also means that you won’t reach your full performance potential during a workout. So you won’t be able to increase your level of performance as effectively with empty glycogen stores. Exercising on an empty stomach can be counterproductive if you want to lose weight. Working out on an empty stomach often leads to intense hunger pangs. If that means you consume more calories than you burned, you’ll actually gain weight instead of losing it. Since you’re also exercising less than you could after eating breakfast or a snack, you may also burn fewer calories.

Fasted training is not suitable for everyone. Some people experience circulatory problems shortly after getting up. Neither jogging nor weight training on an empty stomach is really appropriate in that case. Instead, it makes more sense to both eat a small breakfast and drink enough fluids. A banana, a Bar, and a glass of water can make a noticeable difference in your performance. A tasty Organic Protein Shake also makes for a good breakfast. It provides you with some carbs for your workout and, at the same time, you can tank up on valuable proteins.

The Key is in the Mix

Want to not only increase your performance, but also train your body’s fat burning process? Then you can start, for example, working out after breakfast twice a week, with fully charged glycogen stores, and fasted once a week. This way you have the opportunity to use your full potential often enough to increase your athletic performance and improve your body’s fat burning ability as well.

Working out on an empty stomach is not suitable for everyone. We’ve summarized the pros and cons below: 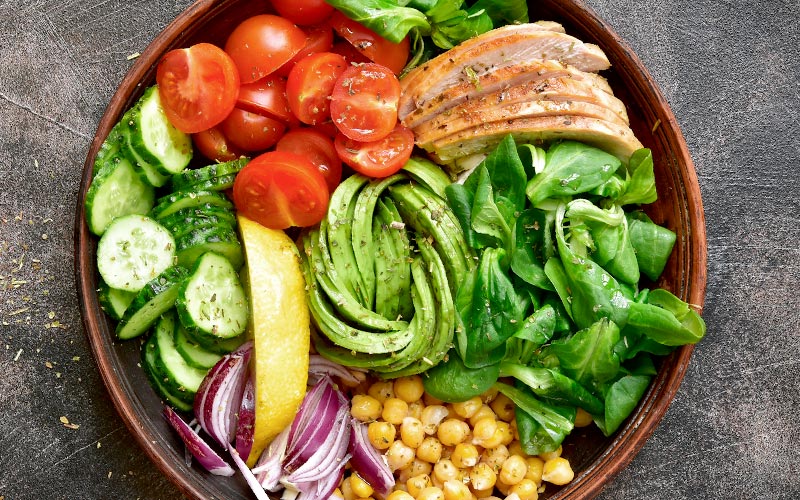 If you’ve recently begun working out, or you’re returning to your previous activity levels, you may be surprised about one side-effect: how hungry you’re getting! Makes sense. The body is into homeostasis, which means that it likes things in balance. When you get into a certain habit—doing light exercises a few days a week, eating […]
Read more 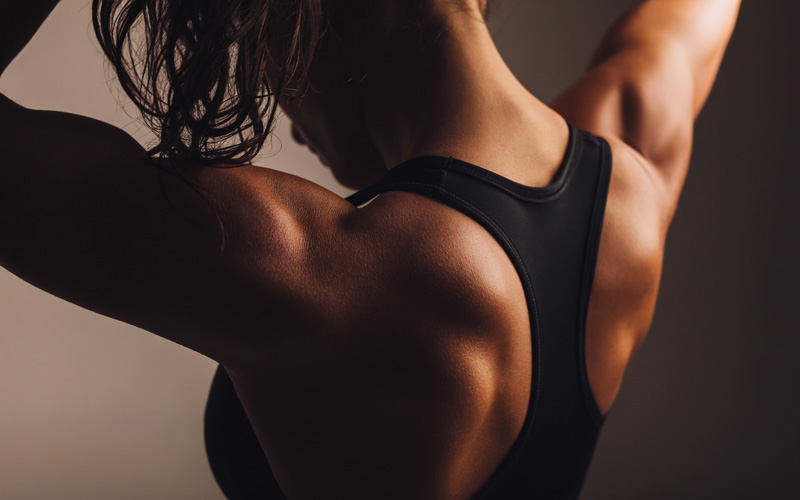 You’ve probably heard the old saying: abs are made in the kitchen. What that means is that if your aim is muscle definition, it’s not enough to do core work and exercise consistently. It’s also important to prioritize your diet.  Now, it goes without saying that having muscle definition does not need to be your […]
Read more 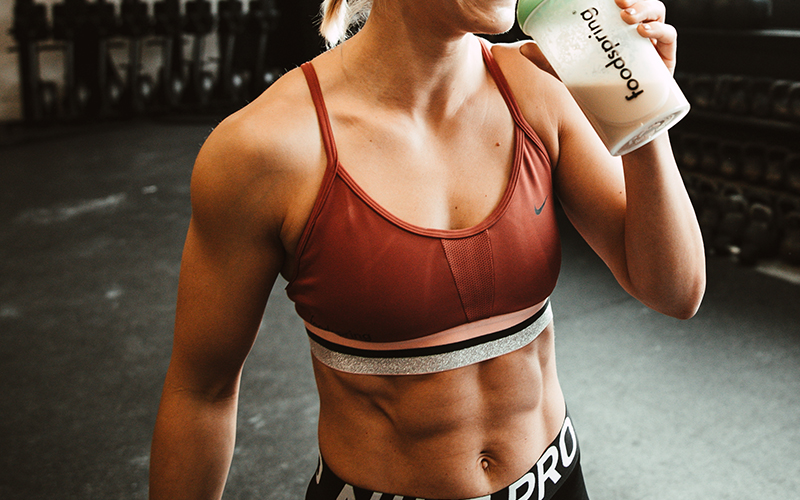 Use these tips to get closer to your goal.
Read more